Morgan James was a former police guard who worked with Alice Burgess. When he became a vampet, he quit his job and became one of Steve's main bodyguards. He freed Darren from the police office in Killers of the Dawn in order to let him go to Steve. He is one of the most despised vampets in all the saga.He is shot in his left cheek by Alice Burgess in the same book, resulting in him not being able to talk properly, as well as being horribly disfigured.

In Lord of the Shadows, he kills Hibernius Tall, but is later on killed by Harkat Mulds who chops off his head. 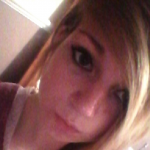