View source
watch 01:36
We're Getting Mutants in the MCU - The Loop
Do you like this video?
Play Sound

Cirque du Freak: The Vampire's Assistant is the 2009 film adaptation of the first three books of the book series, The Saga of Darren Shan, by author Darren Shan. The movie began filming on February 8, 2008 in New Orleans and wrapped up June 3, 2008. The film is distributed by Universal Studios. Some of the movie was filmed on a set constructed within New Orleans City Park, approximately 1000 feet off to the side of the road, along Harrison Avenue. The film was originally set for release on January 15, 2010, but was moved forward to October 23, 2009.

It is a very loose adaption, having little in common with the books other than the characters' names.

16-year-old Darren Shan and his best friend Steve Leonard visit a traveling freak show. Steve believes a performer, Larten Crepsley, is a vampire. Steve talks to Crepsley after the show and asks to become a vampire. Crepsley initially refuses but is talked into testing Steve's blood, that he spits out telling Steve he has bad blood. Steve furiously swears revenge and leaves. Darren overhears everything because he has been hiding in a cupboard after stealing Crepsley's spider, Madam Octa.

When Crepsley realizes that Madam Octa has been stolen, Darren flees from the theater with Crepsley hot on his trail. Outside there is a limo waiting for him, which he is told to get into. Inside he meets Desmond Tiny and mad Vampaneze Murlough. They drop Darren off at his house where he sneaks back into his room.

At school Darren is looking at Madam Octa. Steve sees him and grabs the cage to look too. Madam Octa jumps at Steve while he is holding the cage to look at it, startling Steve and making him drop the cage and she escapes. After a chase by Steve and Darren Madam Octa slips into Steve's shirt, bites him, and makes good her escape. Madam Octa's poisonous bite leaves Steve in the hospital. Darren asks Crepsley for the antidote. In exchange for an antidote Crepsley requires Darren become a half-vampire and Crepsley's vampire assistant. Darren agrees, but after Crepsley gives Steve the antidote Darren reneges on his promise to become his assistant. Later, thinking of feeding off of his sister, Darren agrees to leave his family and join Cirque Du Freak as Crepsley's assistant. Darren fakes his death and a funeral is held for him.

When Crepsley digs up Darren's grave they are attacked by Murlough who wants to make Darren a Vampaneze. After winning the fight Darren and Crepsley return to the Cirque du Freak where Darren meets the snake boy, Evra Von, and Rebecca, the monkey girl. Meanwhile, Steve, still attempting suicide, is stopped by Mr. Tiny who offers him a chance to become a Vampaneze, like Murlough. Mr. Tiny tells Steve that he is neither a vampire nor a Vampaneze, but someone with an interest in both. Tiny learns Darren has not fed on humans yet and sends Vampaneze after him, knowing that he will be weak. Darren escapes, so they kidnap Rebecca and have Evra tell Darren to "come home".

Mr. Tiny makes contact with Steve and entices him to join his Vampaneze by playing on his resentments and insecurities. Steve is turned into a half-Vampaneze and he and Murlough capture Darren's family. Darren arrives home to find his family missing and a flier for the Cirque du Freak. Darren arrives at the theater, where Murlough and Steve are waiting for him. They fight, but Darren is weak from not feeding.

Crepsley arrives to fight Murlough. Rebecca frees herself, while Mr. Tiny watches from the balcony. Rebecca offers Darren some of her blood. He eventually agrees and fights with Steve using his new powers. Crepsley stabs Murlough and with his dying words Murlough declares that the truce between the two clans is broken. Steve and Darren continue to fight, but Tiny stops them and turns Murlough into a Little Person. Tiny and Steve then leave.

Darren's family are hypnotized to have forgotten what happened to them. Left by themselves, Rebecca and Darren then share a long heartfelt kiss before being interrupted by Mr. Crepsley. Crepsley gives Darren his own coffin, and Darren accepts his new life as a member of the Cirque du Freak 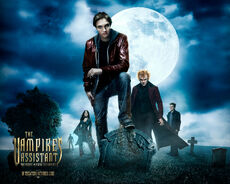 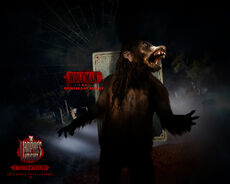 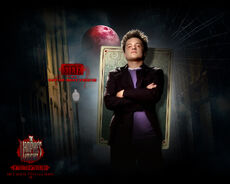 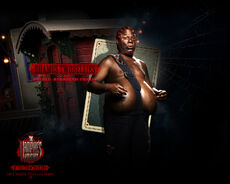 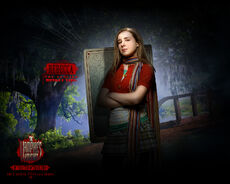 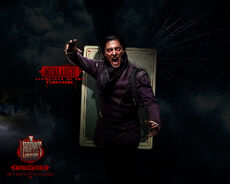 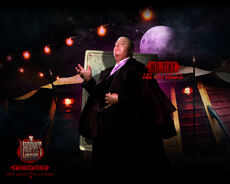 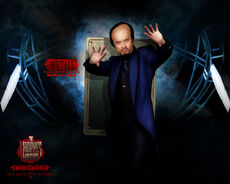 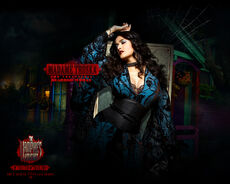 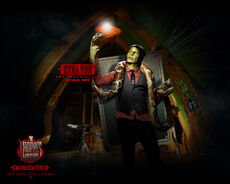 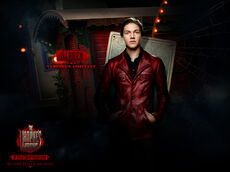 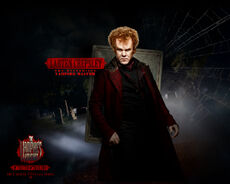 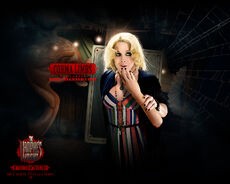 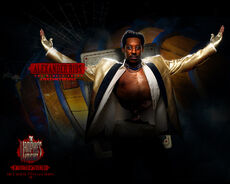 "Cirque du Freak: The Vampire's Assistant" was shot in New Orleans, the village of Folsom and Baton Rouge, Louisiana. Some of the characters required a great deal of prosthetics and makeup led by Steve Koch, Brian Sipe and Mark Garbarino. Prosthetics did not quite add the height needed on certain shots for the character of Mr. Tall played by Academy Award-nominated Ken Watanabe. Although Watanabe’s height of 6 feet is tall, a body double was cast for certain shots. Trevon Flores, a local basketball player, stands at 6-foot-10, 210-pounds and was used for certain shots to show the abnormal height of Mr. Tall. Additionally, Ken Watanabe utilized dialogue coaches Kathleen S. Dunn and Francie Brown in pre-production and production to further enhance his performance as the circus barker. The filmmakers will be taking advantage of computer-generated imagery to portray other fantasy elements.

Recently, John Marshall High School (Los Angeles) was used to film a few parts of the movie. They also used Lusher Charter School in New Orleans to shoot a couple of scenes from the film.

According to IMDb, filming of "Cirque du Freak: The Vampire's Assistant" was finished early in 2008 and the film was released on 23 October 2009.

The film is rated PG-13 for sequences of intense supernatural violence and action, disturbing images, thematic elements, and some language.

They also changed Darren's love interest, Debbie Hemlock, but because of so many complaints they claim they will bring her into one of the later films.

The sequel for the first movie was expected, with the vast being fully ready, however after the lack of budget the film got deleted from the database in the way states of production, making it only a dream for movie adaptation fans.

The score to "Cirque du Freak: The Vampire's Assistant" was composed by Stephen Trask, marking his third feature film with director Paul Weitz. He recorded his score with an 86-piece ensemble of the Hollywood Studio Symphony at the Newman Scoring Stage at 20th Century Fox.

Community content is available under CC-BY-SA unless otherwise noted.
Advertisement